I have written two posts in the last year. One was the day after my mother passed away in April last year and the other was shortly after my dad died in early July. I’ve been stuck since then not wishing to engage in writing or really, in anything creative. Sort of like someone hitting the pause button, leaving me in a never ending hold pattern.

Today, I am hitting the resume button. It’s time to reengage life and resume my endeavor into creative writing, sharing thoughts, concerns, joys, sadness, and life as I see it. The last 5 years have been the toughest of my life in one sense and somehow through all of it, God also provided me and my family some of the greatest blessings we have known to this point.

In that time span I have seen all four of my kids develop into great young adults as they each have pursued their own dreams and adventures in life. Two of them found and married incredible people that I’m extremely proud to say are now my kids as well! The other two are still waiting on their matches and in the mean time are experiencing life to the fullest.

As a couple, Lisa and I have experienced our greatest growth as husband and wife and are closer than I ever dreamed possible. This growth occurred only as a result of what seemed like one misfortune after another. Five or so years ago is when we first realized that something seemed off with my mom’s health. She seemed easily agitated and was becoming more and more forgetful. Our fears were confirmed as she was diagnosed with Alzheimer’s.

As she quickly declined, we also learned that dad was facing his own battle with stomach cancer. In wanting to provide the best opportunity for them both, we all decided to move them both into an assisted living house so they could be together but not have to deal with trying to manage a house. This solution worked for a little while but we soon realized that mom needed specialized care and dad needed to keep his stamina up to fight his battle.

A heartbreaking decision was made when we decided that mom would move into a special memory care facility while dad would move to Florida and live with his sister so he could receive the medical attention he needed. It was truly a heartbreaking time for all of us to see this couple, who had recently celebrated their 50th wedding anniversary be separated by two, truly horrible diseases. Especially tough on dad as he not only had to watch his beautiful wife suffer through her excruitiating decline while literally fighting to survive his own plight against cancer.

To his credit, he fought fiercely and never gave up the hope that he would beat the odds, and recover well enough to return home to mom’s side and care for her the way he felt he should. He told me once that some of his greatest joy was when he had the opportunity to take care of and serve mom in the early stages of her struggles with Alzheimer’s. He was thankful that he was able to look after her with the same love and dedication mom had looked after him for all those years. Their love for each other was truly special!

In the midst of all of this I found myself out of work to start the year off in 2015. Initially, I wasn’t to worried about it as I knew I would find something soon. As the months ticked by it began to look like Lisa and I would soon lose everything. All of the money we had in savings,  401k,  and retirement were quickly vanishing. Looking back its easy to see how God was working in my life as the challenges I/we were facing had nothing to do with money or lack there of, but instead was about me resetting priorities and focus on God.

I had always been quick to say that it was only by God’s grace, love and mercy that I got to enjoy the life I had but in reality, I had come to believe that I was just as responsible for getting to where I was…how foolish indeed. In the eleventh hour during the eleventh month, God provided me the opportunity to join the National Christian Foundation and the truly dynamic family culture that is ever present here.

In 2016, Lisa and I were blessed to watch two of our kids marry the loves of their life’s and begin their own adventures into married life while the other two continued to grow and thrive in their respective towns of Phoenix and Naples.  As parents there is no greater joy than seeing your kids doing well, being successful and being happy. Lisa was also blessed with the opportunity to join the NCF family and is quite successful in her current position.

In 2017, we lost both mom and dad in a span of three months. Although heartbreaking and losses that can never be replaced, I have great peace in knowing that from now to ever more, they will forever be together with no pain and suffering, able to enjoy each other. And the beautiful part for me and those they loved is that we have the memories of each them to help sustain us as they left a legacy of love for us to follow!

Now as we enter the second quarter of 2018, life is good! Although we still have some challenges financially, we can see light at the end of the tunnel. I’ve recently been blessed with a promotion at work and will enjoy the challenges that lay ahead. Our daughter Kymberly returned home in January to stay with us as she took a break from her adventures in Australia over the past year. She has been working as a nanny for a wonderful family in a town called Woonoona, which is about an hour and a half south of Sydney. She will be returning there early in May for another year and we are so excited for her.

Her brother Ben has just recently returned home from Phoenix for his own little break before moving on to his next chapter. It has been great to have the kids home for a little while but as other empty nesters realize, this too, as its own challenges. Our other son Kyle and daughter-in-law Karey just this week celebrated their 2nd wedding anniversary and along with their two bunnies, are enjoying life.

Andrea and Michael moved to New Jersey this past October in preparation for Andrea to start a new chapter in career path as she is part of the dynamic team that recently opened the new Chic-Fil-A on Fulton Street in Manhattan. Along with Logan (their dog but don’t tell him that as he thinks he’s human), they too are enjoying life. As I said earlier, Lisa and I couldn’t be any prouder than we are of all 6 of our children.

So yes, the last 5 years have been tough and extremely hard at times but all in all, the blessings have far outweighed the troubles and strife! Who knows what the next 5 years will hold but I anxiously await to see how God will work in all of our lives and to see what great adventures lie ahead.

Take care and thanks for reading, 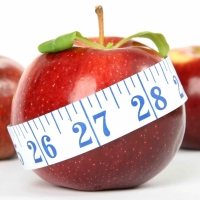 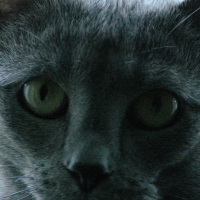